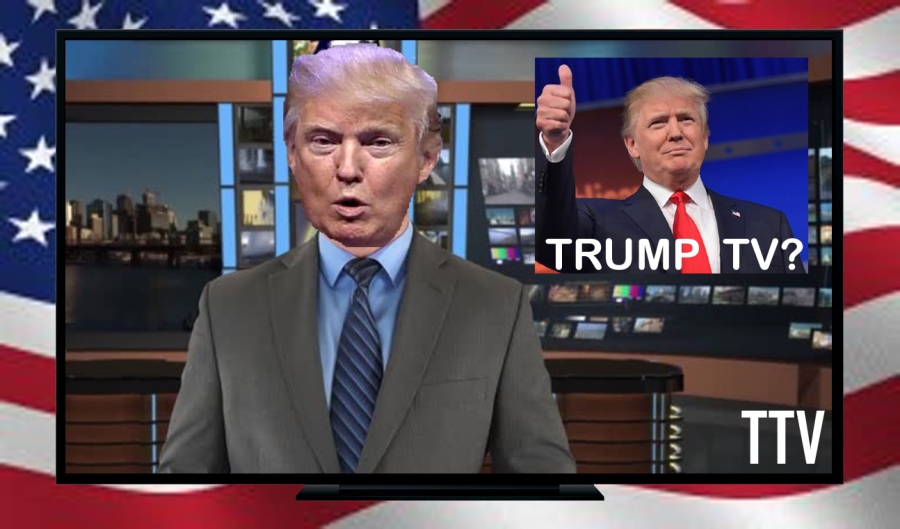 A major restructuring is coming to to U.S. propaganda efforts, “and it looks like one that Vladi­mir Putin and Qatar’s emir might well admire,” writes the Washington Post‘s editorial board. A CEO position, to be filled by a presidential appointee, will essentially replace the bipartisan Broadcasting Board of Governors — effectively consolidating the president’s control over propaganda agencies such as Voice of America.

While the Washington Post‘s article on the change — which was approved as part of this year’s National Defense Authorization Act that passed last week — was arguably somewhat sensationalized, others took things even further. According to Andrew Dalton of Engadget “the United States’ official external news sources Voice of America, Radio Free Europe, Radio Liberty and others are about to lose the buffer that keeps the content they project to the world fair and objective.”

Given that not even the most widely-respected, trusted, and editorially independent news outlets and the best journalists in the world can be truly and accurately described as “objective,” Dalton’s description of these US propaganda agencies is somewhat difficult to justify. The three examples he gives — Voice of America, Radio Free Europe and Radio Liberty — were all created as Cold War (or World War II) propaganda instruments with clearly laid out aims of influencing foreign populations to support US policy positions. Nonetheless, the change coming to these propaganda agencies is significant. As Politico reported Monday:

Buried on page 1,404 of the National Defense Authorization Act that passed last week is a provision that would disband the bipartisan board of the Broadcasting Board of Governors, the independent U.S. agency that includes Voice of America, Radio Free Europe, Radio Free Asia and the Middle East Broadcast Networks.

The move — pushed by House Foreign Affairs Chairman Ed Royce as a way to streamline the agency — concentrates control into a powerful CEO who is appointed by the president.

That change, combined with a 2013 legislative revision that allows the network to legally reach a U.S. audience, which was once banned, could pave the way for Trump-approved content created by the U.S. diplomacy arm, if he chooses to exploit the opportunity.

Essentially, Trump is finally getting his Trump TV — financed by taxpayers to the tune of $800 million per year.

Tara Palmeri’s article for Politico also notes that concern about what the change might mean for the federal propaganda agencies crosses party lines. “A Republican government official familiar with the agency’s work warned that abolishing the board will make it susceptible to the influence of Trump’s allies, including his chief strategist, Steve Bannon, who ran Breitbart News before joining Trump’s campaign,” Palmeri writes.

“‘There’s some fear among the folks here, that the firewall will get diminished and attacked and this could fall victim to propaganda,’ the Republican official said. ‘They will hire the person they want, the current CEO does not stand a chance. This will pop up on Steve Bannon’s radar quickly. They are going to put a friendly person in that job.'”

In writing about the change to the US propaganda bureaucracy, Matt Novak of Gizmodo notes that various federal government shenanigans aimed at influencing populations at home and abroad are nothing new, and include past examples such as fake journalism and deliberate disinformation programs run through the Central Intelligence Agency (CIA) and U.S. Information Agency (USIA), along with a proposed black propaganda agency to be created in the wake of 9/11 called the Office of Strategic Influence. Yet the new change coming to the administration of propaganda by the U.S. government is significant, giving more power to the incoming president than his predecessors have enjoyed.

“Donald Trump is about to have direct control over TV, radio, and internet news organizations that were originally designed to influence foreign audiences—mainly against Communism,” Novak writes. “And there’s nothing in place legally to stop this new media empire from having its information directed at Americans.”