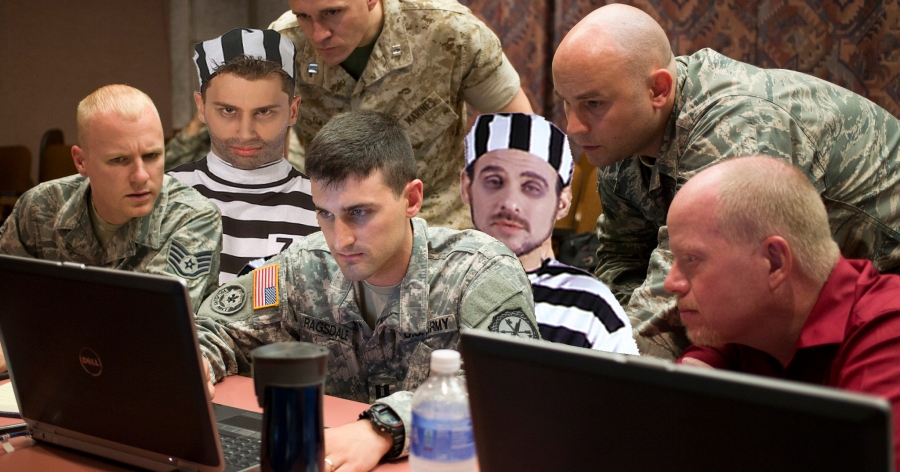 In the past few years, various aspects of the United States’ security clearance system for allowing individuals to access classified information have come under scrutiny, following some major failures and embarrassments.

In 2014, a massive data breach at the Office of Personnel Management led to the exposure of sensitive information on tens of millions of Americans who had applied for security clearances. In its wake, the Defense Department began implementing what might easily be characterized as draconian reforms.

Last year, the Pentagon set up a Privacy Act-exempted “Insider Threat” database. Though real life “insider threats” to the security of classified information do not always fit the stereotypical profile, it has nonetheless been suggested that the process of identifying potential “insider threats” should be automated. Just as one example of the kind of pervasive surveillance that cleared employees now find themselves under, the DoD is now experimenting with technology to monitor employees’ keystrokes as they type.

Earlier this year, former Director of National Intelligence James Clapper said the U.S. clearance system “is broken” and that he worries that the intelligence community will have trouble attracting young recruits to its ranks because working there involves “too much invasiveness and intrusiveness” and “too much Big Brother.”

Recent developments suggest that perhaps Clapper’s fear that the intelligence community’s own standards will drive qualified people away from it is already coming to fruition. At the same time, however, a lack of rigor in some aspects of the government’s background check system rather than too much may be actively attracting the wholly unqualified.

Daniel Payne, head of the Defense Security Service, which is in charge of granting temporary clearances, commented last week on a “very, very dangerous” situation, in which felons are slipping through the cracks and gaining access to state secrets.

An increased tendency to take such seemingly unacceptable risks has coincided, ironically, with the government’s attempts to aggressively step up its “insider threat” surveillance efforts in the wake of the 2014 OPM hack, although the failures of one of the companies previously responsible for carrying out background checks were also reportedly partly responsible for the backlog.

“The backlog ‘grew precipitously’ in 2015 and 2016, and stands at near record levels today, said Charles S. Phalen, director of the National Background Investigations Bureau, a federal service provider under the Office of Personnel Management,” according to McClatchy DC.

Payne reportedly said the process for being granted a top-secret clearance takes close to a year while a lower level clearance takes about nine months. Temporary clearances are never granted at the federal civilian intelligence agencies, but the problem of felons slipping through affects the sensitive work of the Defense Department and its contractors. Payne reportedly said his office had found out, after the fact, that it had granted temporary clearance to “more than several” but “less than a dozen” convicted murderers.

If murderers and rapists are getting access to classified information, the government’s effort to tighten its security clearance process is obviously failing in some major ways — despite creating new mountains of data for some lucky hacker to steal. Arguably, the whole endeavor is doing more harm than good. Yet unless the United States radically reassesses its priorities, there are few other options.

Payne “said the backlog is so great the Pentagon has little choice but to offer interim clearances to keep weapons development programs at full steam,” McClatchy DC reports.

“If we did not give these individuals interim clearances, the production of these programs would shut down,” Payne reportedly said. “It would have a horrific impact.”