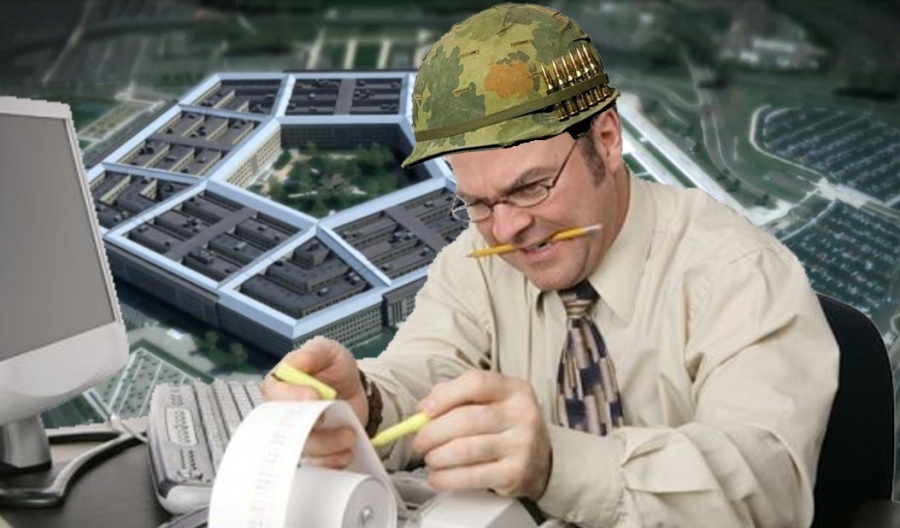 Late last year, the Defense Department announced it would begin its first ever audit in an attempt to bring itself into compliance with federal requirements it has brazenly bucked for decades, despite receiving hundreds of billions of dollars annually.

“It is important that the Congress and the American people have confidence in DOD’s management of every taxpayer dollar,” Defense Department Comptroller David Norquist  said at a December press conference where he announced the audit’s launch. Since making that pledge, the Pentagon’s accounting practices have made additional headlines on several occasions.

For starters, just about one month after announcing the audit, Norquist testified on Capitol Hill in January that it would cost $367 million just in costs related to “infrastructure” of the audit, including paying salaries and contracting independent accounting firms, by the end of the fiscal year. In addition, he said he anticipated having to spend more than $550 million by the end of the year to fix identified problems, for a total of more than $900 million. Yet that amount, though seemingly high, may be cheap, relatively speaking, if it can actually resolve the bookkeeping woes of a government department that has inappropriately accounted for trillions of dollars in recent years.

In another development underscoring the Defense Department’s inability to track where its resources end up, it was reported this week that several U.S.-supplied tanks meant for the Iraqi military have fallen into the hands of Iranian-backed militants. Possibly as many as nine of the General Dynamics-manufactured M1 Abrams battle tanks have come under control over the so-called Popular Mobilization Units (PMU), according to Al-Monitor.

The results of an initial audit of the Defense Logistics Agency by one of the outside accounting firms Norquist offered a ballpark price figure for last month, Ernst & Young, meanwhile, were also reported this week. The DLA, which “serves as the Walmart of the military, with 25,000 employees who process roughly 100,000 orders a day on behalf of the Army, Navy, Air Force, Marine Corps and a host of other federal agencies — for everything from poultry to pharmaceuticals, precious metals and aircraft parts,” according to Politico‘s Bryan Bender, has failed to properly account for hundreds of millions of dollars, according to Ernst & Young.

“Ernst & Young could not obtain sufficient, competent evidential matter to support the reported amounts within the DLA financial statements,” the Pentagon’s inspector general, which ordered the outside audit, reportedly concluded in issuing its report to the DLA. The DLA, for its part, claimed the hundreds of millions of dollars in accounting discrepancies were not unexpected.

“DLA is the first of its size and complexity in the Department of Defense to undergo an audit so we did not anticipate achieving a ‘clean’ audit opinion in the initial cycles,” the agency reportedly told Politico. “The key is to use auditor feedback to focus our remediation efforts and corrective action plans, and maximize the value from the audits. That’s what we’re doing now.” While hundreds of millions of dollars certainly seems like a lot of money to be unable to account for, outside observers have been similarly unsurprised by the audit’s results so far.

“I expect we’ll see much more of these things as the audit process goes on,” Dan Grazier, a former Marine captain and defense industry expert at the Washington, D.C.-based Project On Government Oversight, reportedly said in response to the DLA news. Grazier added that “a couple of auditing firms” were being retained to “check all the books and property records and those kind of things.”